Signed by President Jimmy Carter in November 1977, this amendment to the Federal Reserve Act was instrumental in shaping the current Fed. 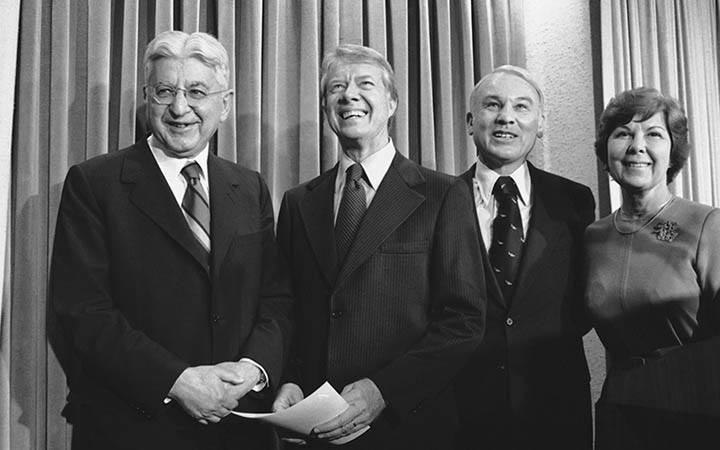 When the Federal Reserve was first established in 1913, Congress directed it only to “furnish an elastic currency, to afford means of rediscounting commercial paper” and “to establish a more effective supervision of banking in the United States.” In effect, the Federal Reserve’s central founding purpose was to provide a more flexible supply of currency and bank reserves in order to stem banking panics. The original act assumed continued adherence to the gold standard regime, which tended to keep inflation under control automatically over the long run. In the 1940s, with the Great Depression of the previous decade in mind, Congress passed the Employment Act of 1946, which declared that federal government policy was “to promote maximum employment, production, and purchasing power.”

By the 1970s, the gold standard had been abandoned and the worsening inflation and unemployment experience called into question the conduct of monetary policy. The 1977 Reform Act amended the original act by explicitly directing the Federal Reserve to ”maintain long run growth of the monetary and credit aggregates commensurate with the economy’s long run potential to increase production, so as to promote the goals of maximum employment, stable prices, and moderate long-term interest rates.”

In addition to expanding monetary policy objectives, the Reform Act also increased congressional oversight of the Federal Reserve by establishing a monetary policy reporting system. The Reform Act required the Board of Governors to report at semiannual hearings before both the House and the Senate about the Federal Reserve’s and Federal Open Market Committee’s objectives, performance, and plans in regards to the “growth or diminution of monetary and credit aggregates for the upcoming twelve months.” 2

The Reform Act further increased congressional oversight by requiring Senate confirmation of the Board of Governors’ chairman and vice chairman and by limiting their positions to four-year renewable terms. The goal of these reforms was to increase communication between Congress and the Federal Reserve about the nation’s monetary policy.

In addition, the Reform Act changed the selection criteria of Federal Reserve Bank directors by prohibiting discrimination on the basis of race, creed, color, sex, or national origin and increasing the diversity of represented economic interests. The Reform Act required Reserve Bank directors to represent the interests of “agriculture, commerce, industry, services, labor, and consumers.” This expanded on the original Federal Reserve Act of 1913, which had only mentioned representation of agricultural, commercial, and industrial interests.