The Fed introduced various credit programs to deal with the 2007-09 financial crisis. 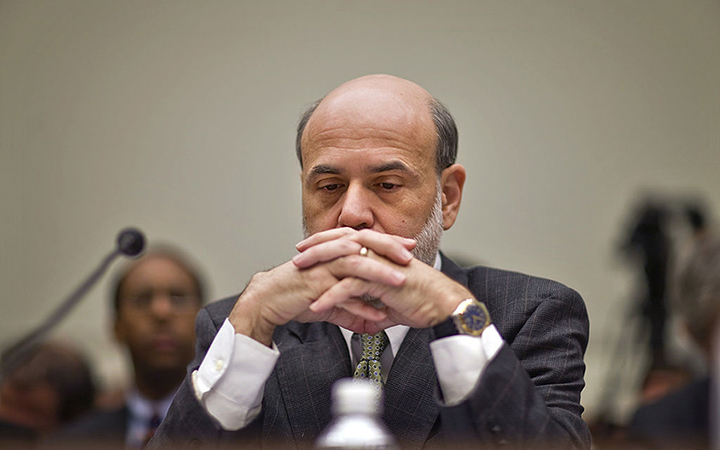 Since its inception, the Federal Reserve has been authorized to lend to banks. At first, access to the Federal Reserve Banks’ standard lending facility―known as the “discount window”―was limited to member banks, and collateral was limited to certain commercial paper―essentially short-term business and agricultural loans—and US Treasury securities. Later, during the strained credit conditions of the Great Depression, eligible collateral was broadened to include any asset acceptable to the lending Federal Reserve Bank. In addition, in 1932, Congress expanded the Fed’s lending authority beyond banks by adding Section 13(3) to the Federal Reserve Act, which permitted the Board of Governors, in “unusual and exigent circumstances” and under other conditions, to authorize Reserve Banks to extend credit to individuals, partnerships, and corporations.1

The Federal Reserve used these authorizations during the financial crisis of 2007-09 to introduce a number of new lending programs that were targeted to specific markets where elevated funding pressures pushed interest rates higher. These new programs went beyond the traditional scope of discount window lending with respect to terms and counterparties. This essay briefly describes these lending programs and is based on the material found on the Board of Governors of the Federal Reserve System's site. Many of these programs extended credit under the authority and conditions of Section 13(3).

Prior to the financial crisis of 2007-09, when banks borrowed from the Federal Reserve, they generally paid a posted rate of interest called the primary credit rate, or “discount rate.” The discount rate was usually maintained at a fixed margin of 1 percentage point above the Federal Reserve’s target for the federal funds rate, the market rate on interbank loans of reserve balances.2  In August 2007, when pressures emerged in certain financial markets, especially term funding markets, the Federal Reserve reduced the discount rate from 6.25 percent to 5.75 percent, a level 0.5 percentage points above the federal funds rate target at the time of 5.25 percent.

The facility was announced on December 12, 2007, and the final TAF auction was held on March 8, 2010, with credit extended under that auction maturing on April 8, 2010. At the height of the program, there was $493 billion in outstanding TAF credit.3

In March 2008, in response to liquidity pressures faced by primary dealers, the Federal Reserve established the Term Securities Lending Facility (TSLF) as a means of addressing the funding pressures faced by primary dealers. Under this program, the Federal Reserve loaned relatively liquid Treasury securities to primary dealers for one month in exchange for eligible collateral consisting of other, less liquid securities. Loans were extended for a fee and were allocated through auctions. In July 2008, the TSLF Options Program (TOP) was also established to offer additional liquidity during periods of heightened collateral market pressure, such as quarter-end dates. The TOP auctioned options that gave primary dealers the right, but not the obligation, to draw upon a TSLF loan in exchange for eligible collateral on a specified date in the future.

In March 2008, the Federal Reserve also established the Primary Dealer Credit Facility (PDCF). Primary dealers are broker-dealers that serve as the trading counterparties for the Federal Reserve’s open market operations, and they play a key role in providing liquidity in the market for US Treasury securities. The PDCF functioned as an overnight loan facility for primary dealers, similar to the way the Federal Reserve's discount window provides a backup source of funding to depository institutions. PDCF credit extended by the Federal Reserve was fully collateralized, and eligible collateral was restricted initially to investment-grade securities. In September 2008, the set of eligible collateral was expanded to match closely all of the types of instruments that can be pledged in the triparty repurchase agreement systems of the two major clearing banks.4  The PDCF was announced on March 16, 2008, and was closed on February 1, 2010. At the height of the program, $130 billion in credit extended through the PDCF was outstanding on September 29, 2008.

Two days after the failure of Lehman Brothers in September 2008, a money market mutual fund (MMMF) that held Lehman commercial paper “broke the buck”―that is, it announced that it would be unable to continue to redeem its shares at the usual $1 per share price. Many MMMFs experienced significant withdrawals of funds by investors and were forced to meet the demand for withdrawals by selling assets into illiquid markets. In response, the Asset-Backed Commercial Paper Money Market Mutual Fund Liquidity Facility (AMLF) was introduced to finance purchases of commercial paper that MMMFs wanted to sell. Under the program, the Federal Reserve provided nonrecourse loans to US depository institutions, US bank holding companies (including their broker-dealer subsidiaries), and US branches and agencies of foreign banks. These institutions used the funding to purchase eligible asset-backed commercial paper (ABCP) from MMMFs. Borrowers under the AMLF, therefore, served as conduits in providing liquidity to MMMFs, and the MMMFs were the primary beneficiaries of the AMLF. The facility was announced on September 19, 2008, and was closed on February 1, 2010. At its peak, there was $152 billion in AMLF loans outstanding.

As a complement to the AMLF, in late November 2008 the Federal Reserve opened the Money Market Investor Funding Facility (MMIFF), under which it offered to lend to US money market mutual funds. No loans were made under the MMIFF, and the facility was closed on October 30, 2009.

Asset-backed securities (ABS) are a common instrument used to finance a variety of consumer and business lending. In late 2008, interest rates on ABS rose and issuance fell sharply. In March 2009, the Federal Reserve, in cooperation with the US Department of the Treasury, introduced the Term Asset-Backed Securities Loan Facility (TALF). Under the program, the Federal Reserve issued nonrecourse loans with a term of up to five years to US holders of eligible ABS. Eligible ABS collateral included newly issued, high-quality, US dollar-denominated ABS backed by auto loans, student loans, credit card loans, equipment loans, floor plan loans, insurance premium finance loans, loans guaranteed by the Small Business Administration, and residential mortgage servicing advances, as well as newly issued and certain preexisting, or “legacy” CMBS. To encourage broad participation, any US company that owned eligible collateral was able to request a TALF loan. In the event of a loss, the Treasury, through the Troubled Asset Relief Program (TARP), provided credit protection to the facility. The facility was announced on November 25, 2008, and began lending operations in March 2009. TALF lending was authorized through June 30, 2010, for loans collateralized by newly issued CMBS and through March 31, 2010, for loans collateralized by all other TALF-eligible securities. The TALF peaked at $48 billion.

All of these credit programs were intended to help support the functioning of financial institutions and markets during the financial crisis, and so they contribute to households’ and businesses’ access to credit. In these programs, the Federal Reserve took collateral or other credit protection to protect against losses, which would reduce remittances of the Federal Reserve to the US Department of the Treasury. All of these credit extensions have been repaid in full with interest, with the exception of a small volume of loans that remain outstanding under the TALF and are expected to be repaid in full. The Federal Reserve has experienced no losses on any individual loans under these programs.

Board of Governors of the Federal Reserve System. “Reports and Disclosures--Credit and Liquidity Programs and the Balance Sheet.” Last updated September 27, 2013, http://www.federalreserve.gov/monetarypolicy/bst_reports.htm.