Creation of the Bretton Woods System

A new international monetary system was forged by delegates from forty-four nations in Bretton Woods, New Hampshire, in July 1944. Delegates to the conference agreed to establish the International Monetary Fund and what became the World Bank Group. The system of currency convertibility that emerged from Bretton Woods lasted until 1971. 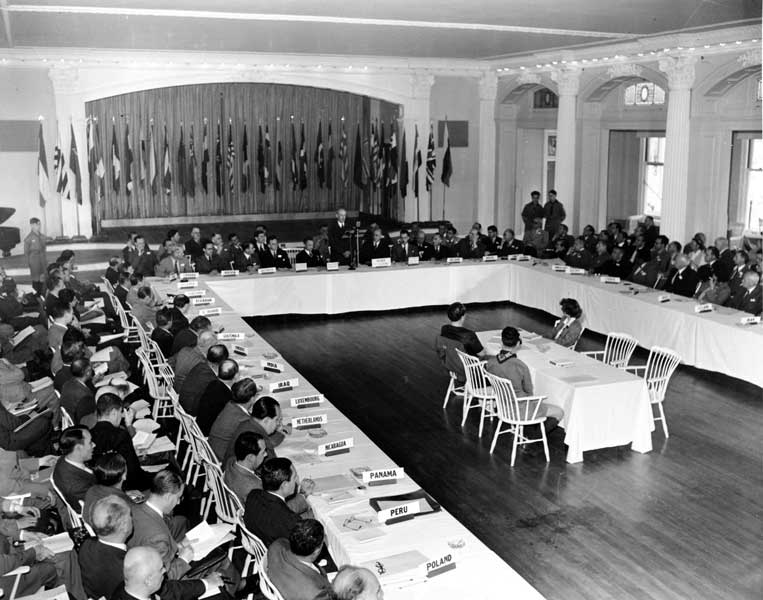 The United Nations Monetary and Financial Conference was held in July 1944 at the Mount Washington Hotel in Bretton Woods, New Hampshire, where delegates from forty-four nations created a new international monetary system known as the Bretton Woods system. These countries saw the opportunity for a new international system after World War II that would draw on the lessons of the previous gold standards and the experience of the Great Depression and provide for postwar reconstruction. It was an unprecedented cooperative effort for nations that had been setting up barriers between their economies for more than a decade.

They sought to create a system that would not only avoid the rigidity of previous international monetary systems, but would also address the lack of cooperation among the countries on those systems. The classic gold standard had been abandoned after World War I. In the interwar period, governments not only undertook competitive devaluations but also set up restrictive trade policies that worsened the Great Depression.

Those at Bretton Woods envisioned an international monetary system that would ensure exchange rate stability, prevent competitive devaluations, and promote economic growth. Although all participants agreed on the goals of the new system, plans to implement them differed. To reach a collective agreement was an enormous international undertaking. Preparation began more than two years before the conference, and financial experts held countless bilateral and multilateral meetings to arrive at a common approach. While the principal responsibility for international economic policy lies with the Treasury Department in the United States, the Federal Reserve participated by offering advice and counsel on the new system.1 The primary designers of the new system were John Maynard Keynes, adviser to the British Treasury, and Harry Dexter White, the chief international economist at the Treasury Department.

Keynes, one of the most influential economists of the time (and arguably still today), called for the creation of a large institution with the resources and authority to step in when imbalances occur. This approach was consistent with his belief that public institutions should be able to intervene in times of crises. The Keynes plan envisioned a global central bank called the Clearing Union. This bank would issue a new international currency, the “bancor,” which would be used to settle international imbalances. Keynes proposed raising funds of $26 million for the Clearing Union. Each country would receive a limited line of credit that would prevent it from running a balance of payments deficit, but each country would also be discouraged from running surpluses by having to remit excess bancor to the Clearing Union. The plan reflected Keynes’s concerns about the global postwar economy. He assumed the United States would experience another depression, causing other countries to run a balance-of-payments deficit and forcing them to choose between domestic stability and exchange rate stability.

White’s plan for a new institution was one of more limited powers and resources. It reflected the concerns that much of the financial resources of the Clearing Union envisioned by Keynes would be used to buy American goods, resulting in the United States holding the majority of bancor. White proposed a new monetary institution called the Stabilization Fund. Rather than issue a new currency, it would be funded with a finite pool of national currencies and gold of $5 million that would effectively limit the supply of reserve credit.

The plan adopted at Bretton Woods resembled the White plan with some concessions in response to Keynes’s concerns. A clause was added in case a country ran a balance of payments surplus and its currency became scarce in world trade. The fund could ration that currency and authorize limited imports from the surplus country. In addition, the total resources for the fund were raised from $5 million to $8.5 million.

The 730 delegates at Bretton Woods agreed to establish two new institutions. The International Monetary Fund (IMF) would monitor exchange rates and lend reserve currencies to nations with balance-of-payments deficits. The International Bank for Reconstruction and Development, now known as the World Bank Group, was responsible for providing financial assistance for the reconstruction after World War II and the economic development of less developed countries.

The IMF came into formal existence in December 1945, when its first twenty-nine member countries signed its Articles of Agreement. The countries agreed to keep their currencies fixed but adjustable (within a 1 percent band) to the dollar, and the dollar was fixed to gold at $35 an ounce. To this day, when a country joins the IMF, it receives a quota based on its relative position in the world economy, which determines how much it contributes to the fund.

In 1958, the Bretton Woods system became fully functional as currencies became convertible. Countries settled international balances in dollars, and US dollars were convertible to gold at a fixed exchange rate of $35 an ounce. The United States had the responsibility of keeping the price of gold fixed and had to adjust the supply of dollars to maintain confidence in future gold convertibility. The Bretton Woods system was in place until persistent US balance-of-payments deficits led to foreign-held dollars exceeding the US gold stock, implying that the United States could not fulfill its obligation to redeem dollars for gold at the official price. In 1971, President Richard Nixon ended the dollar’s convertibility to gold. 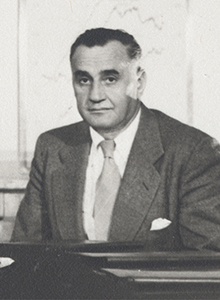