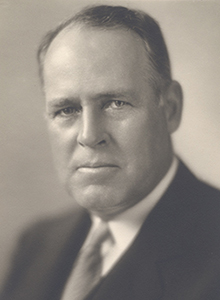 Wayland W. Magee was appointed to the Board of Governors of the Federal Reserve System on May 18, 1931. His term expired on January 24, 1933.

Magee was born in Chicago in 1881. He studied at several universities, receiving his bachelor’s degree from the University of Chicago in 1905. After studying law at Harvard University and Northwestern University, Magee gave up the law profession to settle on a corn farm in Nebraska in 1910. That same year, he became manager of Summer Hill Farm and P. F. Ranch.

From 1927 to 1930, Magee was a member of the board of directors of the Omaha branch of the Federal Reserve Bank of Kansas City. In 1930, he became a Class C director on the Kansas City Fed’s board.

Magee was involved in a variety of social and agricultural groups during his life. He was president of the Nebraska Crop Growers Association, director and member of the Nebraska Dairy Development Society’s executive committee, director of the Ak-Sar-Ben Live Stock Show, a member of Alpha Delta Phi, a Mason, and an Elk.

Magee was married twice. His first wife died in 1920, and he remarried in 1922. His date of death is unknown. 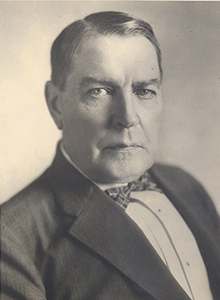