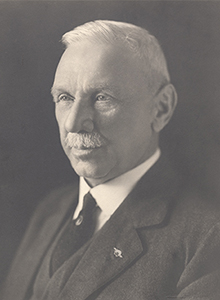 Milo D. Campbell was appointed to the Board of Governors of the Federal Reserve System on March 14, 1923. He died just eight days later.

Born in 1851, Campbell spent most of his life working in Michigan government. Positions he held included director of banks in Coldwater and Detroit, member of the Michigan State Legislature, secretary to the governor, mayor of Coldwater, member of the state prison board, insurance commissioner, and tax commissioner.

At the time he was nominated to the Board of Governors, Campbell was president of the National Milk Producers’ Federation and vice chairman of the National Council of Farmers’ Cooperative Associations. He also owned two dairy farms in Coldwater.

After Campbell’s sudden death on March 22, 1923, Edward H. Cunningham was selected to fill his unexpired term on the Board. 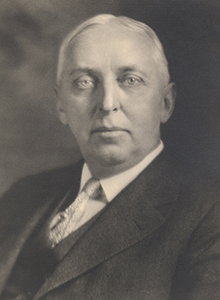