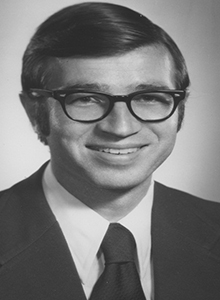 Mark H. Willes served as the ninth president of the Federal Reserve Bank of Minneapolis from April 16, 1977 to June 30, 1980. When he took office at age 35, he was the youngest-ever Reserve Bank president.

Willes was born in Salt Lake City. He received his bachelor’s degree and PhD from Columbia University,1 where his dissertation was on monetary policy. He spent a year as a research economist with the Banking and Currency Committee of the US House of Representatives.2

Following graduate school, Willes became a professor at the Wharton School of Business at the University of Pennsylvania.3 He was also a consultant to the Federal Reserve Bank of Philadelphia before joining that Bank’s research staff full time as a consulting economist in 1967. Willes was promoted to director of research in 19704 and first vice president of the Bank in 1971.5

Willes became president of the Minneapolis Fed in 1977 after 10 years at the Philadelphia Fed. As president, he attempted to further the Minneapolis Fed’s research agenda. He was a proponent of rational expectations theory,6 which at that time was the focus of Minneapolis Fed research economists and considered by some to be a somewhat controversial approach to monetary policy. Willes was dubbed a "maverick"7 and was often a dissenting voice at Federal Open Market Committee Meetings.8 He often urged a tighter money supply to fight inflation.9

Reflecting on his term as president, Willes said: "I would hope to be remembered for … two things. … One, breathing some fresh air into the policy process, and hopefully, in some small way, making not only the process better, but the result a little better, by being vocal, by dissenting. And not only dissenting, but by having at least what we thought were pretty cogent arguments as to why we were dissenting....The other one would be the public education function. I spent an enormous amount of time trying to help people be interested in public policy, help explain what public economic policy was, what kinds of effects it would have, what was possible, was what not possible."10

Written by the Federal Reserve Bank of Minneapolis as of November 2013 and updated by Victoria Yin and Genevieve Podleski as of July 2022. See disclaimer and update policy. 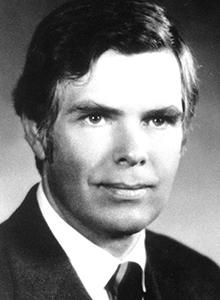