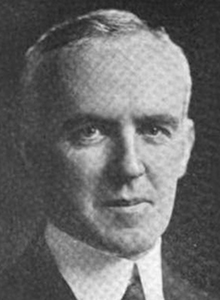 Joseph A. Broderick was a member of the Board of Governors of the Federal Reserve System from February 3, 1936, until his resignation on September 30, 1937.

Broderick was born in New York City in 1881. He was educated at New York University and the American Institute of Banking.

Before he completed his education, Broderick had already begun working in finance, as a clerk at State Trust Company and Morton Trust Company. He was promoted first to auditor, then assistant secretary. He left the companies in 1910 to become a bank examiner for the state of New York. In 1914, Broderick became chief examiner at the Federal Reserve Board (the predecessor of the Board of Governors) and secretary in 1918.

Broderick left the Board in 1919 to serve as vice president of the National Bank of Commerce until 1928. He was superintendent of banks in New York before returning to Washington to serve on the Board of Governors.

After leaving the Board, Broderick returned to New York City, where he was president and trustee of East River Savings Bank.

Broderick married and had three children. He died in 1959. 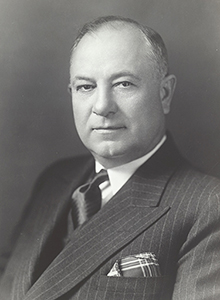