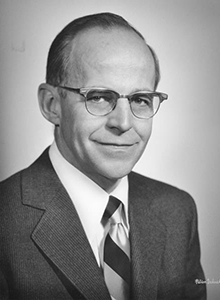 John J. Balles was the ninth president and chief executive officer of the Federal Reserve Bank of San Francisco. He took office September 25, 1972, and retired February 1, 1986.

Balles was born in 1921 in Freeport, Illinois. He received bachelor’s and master’s degrees from the University of Iowa and earned a doctorate in economics from the Ohio State University.1 He coauthored the textbook Principles of Money and Banking while serving as a faculty member in the economics department at Ohio State. He first joined the Federal Reserve System in 1954 as a senior financial economist and later as the vice president in charge of the credit department at the Federal Reserve Bank of Cleveland. He was also a special advisor on monetary policy to the Bank’s president. He left the Cleveland Fed in 1959 to serve as senior vice president over the economic and corporate planning office at Mellon National Bank in Pittsburgh.1

He rejoined the Federal Reserve System in 1972 as president of the San Francisco Fed.2 During his tenure, Balles led the Reserve Bank through a period of dramatic change, as the Federal Reserve System responded to adverse economic conditions and challenges to the financial system. Balles participated in the development of monetary targeting resulting from the Federal Reserve Reform Act of 1977. He also oversaw the implementation of the Depository Institutions Deregulation and Monetary Control Act of 1980. Balles was a known advocate of the Federal Reserve's anti-inflation policies. He believed a reduction in the federal budget deficit would foster sustainable economic growth and lower real interest rates. He also believed the future of the Twelfth District economy was closely tied to development in the Pacific Basin and forged closer ties to other central banks in that region.

To support the increasing demands placed on the Federal Reserve during this time,3 Balles oversaw the addition of San Francisco Fed staff and the expansion of the Bank's branch offices. Under his leadership, two new buildings were constructed. The new San Francisco head office opened in 1983, and the new Los Angeles branch building was completed in 1986.4 Balles said of the San Francisco site, "We believe that the new building not only represents a quality contribution to the architecture of America’s most beautiful city, but embodies as well a firm commitment to enhance the economic vitality of downtown San Francisco."5

Balles retired from the Bank in 1986, having reached the Bank’s mandatory retirement age after thirteen years of service.6 He died in 2005.

Written by the Federal Reserve Bank of San Francisco as of November 2013 and updated by Ella Needler and Genevieve Podleski as of July 2022. See disclaimer and update policy. 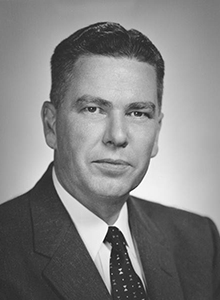 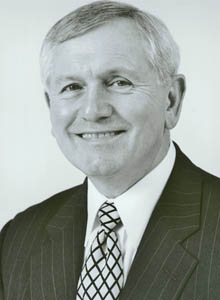