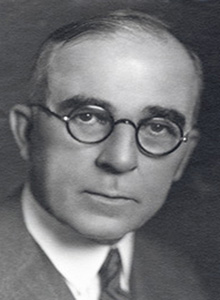 Like his immediate predecessor, Willis Bailey, George Henry Hamilton, who served as governor of the Federal Reserve Bank of Kansas City from 1932 to 1941, came to the Tenth Federal Reserve District from Illinois. Born in 1875 on a farm near Wellington, Illinois, he was an attorney who later became involved in banking and served three terms in the Illinois legislature. He came to Kansas in 1912 after purchasing the State Savings Bank in Wichita, Kansas, where he served as president until its merger with Fourth National Bank.

Hamilton was prominent in both banking and in the city. As a banker, he was a featured speaker at the American Bankers Association’s 1929 annual meeting where he called for a change in banking laws. He also served three years on the Wichita City Commission, a stint that included one year as the city’s mayor. The Kansas City Fed’s Board of Directors unanimously elected him Bailey’s successor on January 7, 1932.

A year after Hamilton had taken office, President Franklin D. Roosevelt suspended banking activity nationwide to give Congress time to provide a solution to the worsening banking crisis. The Kansas City Star later wrote that Hamilton was “a calm, level-headed executive” during the bank holiday and was “intent on a program constructive for this area.”

During Hamilton’s tenure, Congress passed both the Banking Act of 1933 and the Banking Act of 1935. Both pieces of legislation made numerous changes to the nation’s financial infrastructure, including the establishment of the Federal Reserve’s policy-setting Federal Open Market Committee. Other provisions of the legislation changed the structure of the Federal Reserve Banks in several ways, including changing Hamilton’s job title from “governor” to “president” and instituting mandatory retirement provisions that remain in place today.

When Hamilton faced mandatory retirement a few years later, a group that included Tenth District bankers and members of the Bank’s board of directors went to Washington, DC, to argue that Hamilton be allowed to continue to serve, but the requests were rejected. He retired on February 28, 1941.

“These have been interesting, happy years of work,” Hamilton told The Kansas City Star for an article published on the day of his departure. “It has been sufficiently different from commercial banking to constitute a liberal education. Considering this, and a broadening acquaintance, I feel I got more out of the Bank than the Bank got out of me.”

Hamilton returned to Wichita and served as vice president of Fourth National Bank. He died at age seventy-two in 1948 after a brief illness. 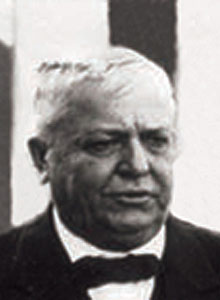 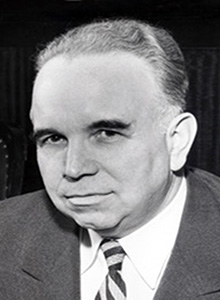