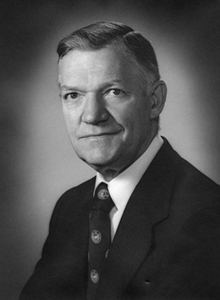 Ernest T. Baughman served as the ninth president of the Federal Reserve Bank of Dallas from December 9, 1974, to December 31, 1980.

Born in Ackworth, Iowa, in 1915, Baughman grew up on a farm outside of Randall, Minnesota. He earned undergraduate and graduate degrees in agriculture and economics from the University of Minnesota.1 Baughman served a three-year tour with the US Navy during World War II.

In 1946, he joined the Federal Reserve Bank of Chicago as an agricultural research economist.1 In 1955, Baughman took a three-month leave of absence to serve as an economic consultant to President Dwight D. Eisenhower on the foreign disposal of agricultural surpluses.2 After a series of promotions, Baughman was appointed first vice president of the Chicago Fed in 1970.3

During his tenure in Chicago, he served as an economic advisor for the Federal Open Market Committee (FOMC) for nine years. As a member of the Conference of First Vice Presidents, he chaired the Committee on Communications and Payments, charged with researching and developing an electronic payments system. He also served on the Federal Reserve System’s Steering Committee on Improving the Payments Mechanism and was instrumental in the creation of the Federal Reserve’s regional check processing centers.

Baughman joined the Dallas Fed as president in 1974. Baughman served as a member of the FOMC during the Federal Reserve’s famous battle against inflation. During the late 1970s, as Chairman Burns began to propose lowering limits on monetary growth and the federal funds rate, Baughman counseled moderation.4

Baughman retired in 1980. When asked about his work at the Federal Reserve over the years, Baughman once said: “My goal has been to do a job each day such that on the way home I would feel that I’d earned my pay … When a new job was passed to me I’ve tried to look deep into it, see really what’s involved, then get on top of it as quickly as possible. It must be good to feel you’re really on top of your work; once or twice I’ve felt I was getting close."5

Written by the Federal Reserve Bank of Dallas as of November 2013 and updated by Victoria Yin and Genevieve Podleski as of October 2022. See disclaimer and update policy. 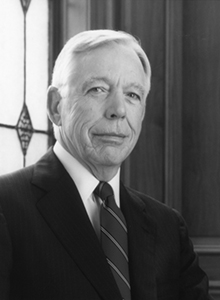 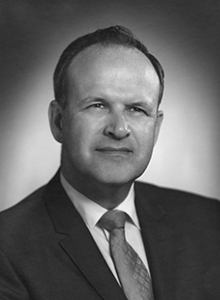