The National Banking Acts of 1863 and 1864 marked an important moment in the development of the U.S. banking system. These laws established many federal banking regulations that would last until the founding of the Federal Reserve System. 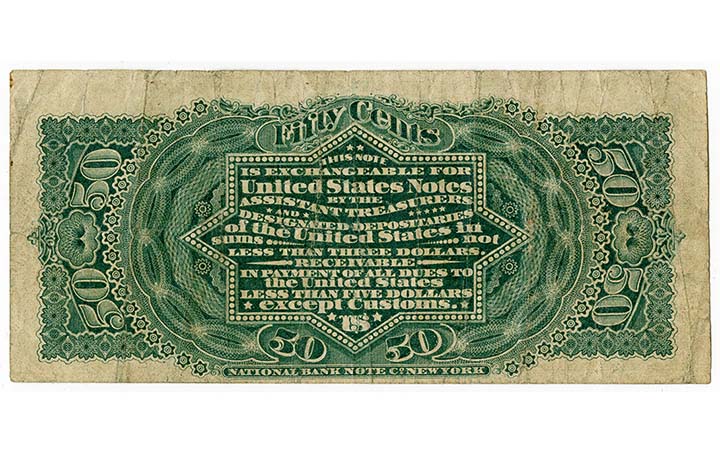 The National Banking Acts of 1863 and 1864 marked an important moment in the development of the U.S. banking system. Congress passed these bills as a wartime expedient to (i) help finance the war effort by increasing the demand for federal government debt and (ii) promote a stable uniform currency. The National Banking Acts also established many federal banking regulations that would remain until (and in many cases after) the Federal Reserve System was established in 1914.

In 1863, the United States was entering its third year of violent and costly fighting. Originally expected to be a short skirmish, the Civil War quickly developed into a full-blown military and industrial endeavor. The conflict required significant government spending, and despite large tax increases, the federal budget went from a surplus of $5.6 million before the war to a deficit of $423 million by 1862.1

The growth in federal spending required the Treasury to issue large amounts of debt. As provisionary war measures, Congress authorized sales of $250 million in government bonds in 1861 and an additional $500 million in 1862. The Legal Tender Act of 1862 also authorized $150 million in non-interest-bearing notes in denominations as small as $5 that later became known as "greenbacks." Although not convertible into gold or silver, greenbacks could be used to pay taxes and purchase the bonds authorized by the act. They therefore represented the "first real paper money ever issued by the United States government."2

Greenbacks added to the multitude of notes already in circulation. Before the Civil War, the nation's currency consisted of coins and notes issued by state-chartered banks. Banking laws and regulations varied by state, and notes issued by banks in one state were often accepted only at a discount, if at all, in other states. The cacophony of circulating notes made conducting business difficult, especially across state lines.3

On February 25, 1863, Congress passed the National Currency Act (also known later as the National Bank Act) in an effort to boost the demand for greenbacks. The act applied a 2% annual tax to bank notes issued by state banks. Although intended to discourage state bank note issuance, the measure proved to be only somewhat effective, as state bank notes in circulation declined by just $60 million, from $239 million in 1863 to $179 million a year later.4 Perhaps more importantly, the act also established the Office of the Comptroller of the Currency, a federal government agency with the power to issue national bank charters and regulations.

By the close of 1864, 683 banks had been granted federal banking charters. State bank notes still made up a considerable portion of circulating currency in the United States, so an additional measure was enacted in 1865 that increased the tax on state bank notes to 10%. This effectively eliminated state bank notes, and their circulation fell from $143 million in 1865 to $4 million by 1867.4

The enactment of the National Banking Acts of 1863 and 1864 marked the beginning of the national banking era and established the general framework and structure of the banking system that would persist into the 20th century. Although the legislation created new demand for federal government debt and largely eliminated the non-uniform-currency problem, banking panics and crises remained a recurring feature of the American banking system. Congress sought to fix this instability when it established the Federal Reserve System in 1913.7

Written by Jason Dunn and David C. Wheelock as of July 2022. See disclaimer and update policy.