During the 1980s—a period often referred to as the "lost decade"—many Latin American countries were unable to service their foreign debt. 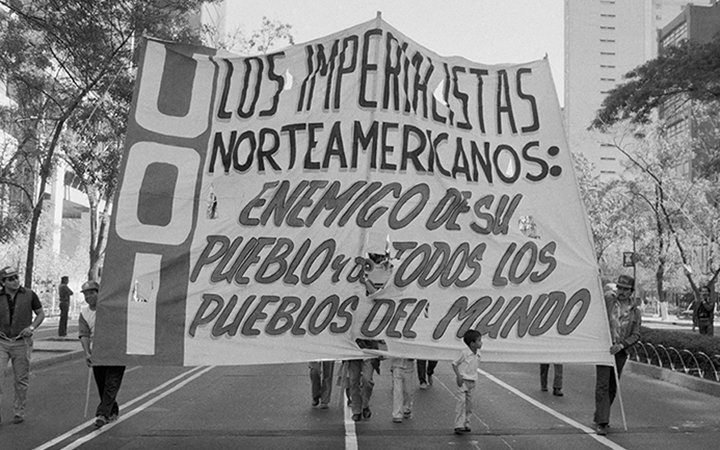 During the Latin American debt crisis of the 1980s—a period often referred to as the “lost decade”—many Latin American countries became unable to service their foreign debt. The Federal Reserve and other international institutions responded to the crisis with a number of actions that ultimately helped alleviate the situation, albeit with some unintended consequences.

The Origins of the Debt Crisis

During the 1970s, two large oil price shocks created current account deficits in many Latin American countries. At the same time, these shocks created current account surpluses among oil-exporting countries. With the encouragement of the US government, large US money-center banks were willing intermediaries between the two groups, providing the exporting countries with a safe, liquid place for their funds and then lending those funds to Latin America (FDIC 1997).1

Latin American borrowing from US commercial banks and other creditors increased dramatically during the 1970s. At the end of 1970, total outstanding debt from all sources totaled only $29 billion, but by the end of 1978, that number had skyrocketed to $159 billion. By 1982, the debt level reached $327 billion (FDIC 1997).

The potential risk of the growing involvement of US banks in Latin American and other less-developed country (LDC) debt didn’t go unnoticed. In 1977, during a speech at the Columbia University Graduate School of Business, then-Fed Chairman Arthur Burns criticized commercial banks for assuming excessive risk in their Third World lending (FDIC 1997). Still, by 1982, the nine largest US money-center banks held Latin American debt amounting to 176 percent of their capital; their total LDC debt was nearly 290 percent of capital (Sachs 1988).

The near-zero real rates of interest on short-term loans along with world economic expansion made this situation tenable in the early part of the 1970s. By late in the decade, however, the priority of the industrialized world was lowering inflation, which led to a tightening of monetary policy in the United States and Europe. Nominal interest rates rose globally, and in 1981 the world economy entered a recession. At the same time, commercial banks began to shorten re-payment periods and charge higher interest rates for loans. The Latin American countries soon found their debt burdens unsustainable (Devlin and Ffrench-Davis 1995).

The spark for the crisis occurred in August 1982, when Mexican Finance Minister Jesús Silva Herzog informed the Federal Reserve chairman, the US Treasury secretary, and the International Monetary Fund (IMF) managing director that Mexico would no longer be able to service its debt, which at that point totaled $80 billion. Other countries quickly followed suit. Ultimately, sixteen Latin American countries rescheduled their debts, as well as eleven LDCs in other parts of the world (FDIC 1997).

In response, many banks stopped new overseas lending and tried to collect on and restructure existing loan portfolios. The abrupt cut-off in bank financing plunged many Latin American countries into deep recession and laid bare the shortcomings of previous economic policies, described by former Federal Reserve Governor Roger W. Ferguson, Jr. as based on “high domestic consumption, heavy borrowing from abroad, unsustainable currency levels, and excessive intervention by government into the economy” (Ferguson 1999).

Working Toward a Resolution: IMF and Central Bank Involvement

As transcripts from the July 1982 Federal Open Market Committee (FOMC) meeting illustrate, committee members felt it was necessary to take action (FOMC 1982). In August, the Fed convened an emergency meeting of central bankers from around the world to provide a bridge loan to Mexico. Fed officials also encouraged US banks to participate in a program to reschedule Mexico’s loans (Aggarwal 2000).

As the crisis spread beyond Mexico, the United States took the lead in organizing an “international lender of last resort,” a cooperative rescue effort among commercial banks, central banks, and the IMF. Under the program, commercial banks agreed to restructure the countries’ debt, and the IMF and other official agencies lent the LDCs sufficient funds to pay the interest, but not principal, on their loans. In return, the LDCs agreed to undertake structural reforms of their economies and to eliminate budget deficits. The hope was that these reforms would enable the LDCs to increase exports and generate the trade surpluses and dollars necessary to pay down their external debt (Devlin and Ffrench-Davis 1995).

Although this program averted an immediate crisis, it allowed the problem to fester. Instead of eliminating subsidies to state-owned enterprises, many LDC countries instead cut spending on infrastructure, health, and education, and froze wages or laid off state employees. The result was high unemployment, steep declines in per capita income, and stagnant or negative growth—hence the term the “lost decade” (Carrasco 1999).

US banking regulators allowed lenders to delay recognizing the full extent of the losses on LDC lending in their loan loss provisions. This forbearance reflected a belief that had the losses been fully recognized, the banks would have been deemed insolvent and faced increased funding costs. After several years of negotiations with the debtor countries, however, it became clear that most of the loans would not be repaid, and banks began to establish loan loss provisions for their LDC debt. The first was Citibank, which in 1987 established a $3.3 billion loss provision, more than 30 percent of its total LDC exposure. Other banks quickly followed Citibank’s example (FDIC 1997).

By 1989, it was also clear to the US government that the debtor nations could not repay their loans, at least not while also rekindling economic growth. Secretary of the Treasury Nicholas Brady thus proposed a plan that established permanent reductions in loan principal and existing debt-servicing obligations. Between 1989 and 1994, private lenders forgave $61 billion in loans, about one third of the total outstanding debt. In exchange, the eighteen countries that signed on to the Brady plan agreed to domestic economic reforms that would enable them to service their remaining debt (FDIC 1997). Still, it would be years before the scars of the 1980s began to fade.

Despite the many warning signs that the LDCs’ debt level was unsustainable and that US banks were overexposed to that debt, market participants did not seem to recognize the problem until it had already erupted. The result was a crisis that required a decade of negotiations and multiple attempts at debt rescheduling to resolve, at considerable cost to the citizens of Latin America and other LDC countries.

In the United States, the chief concern was the soundness and solvency of the financial system. To that end, regulators weakened regulatory standards for large banks exposed to LDC debt to prevent them from becoming insolvent. On one hand, this regulatory forbearance was effective at forestalling a panic. On the other hand, forbearance allowed large banks to avoid the consequences of their prior lending decisions (albeit decisions that were to some extent officially encouraged in the mid-1970s). But allowing those institutions to delay the recognition of losses set a precedent that may have weakened market discipline and encouraged excess risk-taking in subsequent decades.