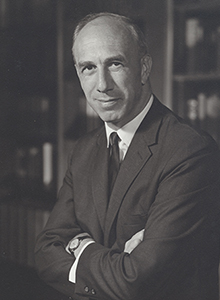 Maisel was born in 1918 in Buffalo, New York. He received a bachelor‘s degree from Harvard University in 1939. His association with the Federal Reserve began right after college. From 1939 to 1941, Maisel worked as a research economist for the Board of Governors in Washington, DC.

Maisel served in the US Army during World War II beginning in 1941. By the completion of his military service in 1945, he had attained the rank of captain. He then served one year in the US Foreign Service in Brussels before returning to Harvard to complete his master’s degrees in public administration and economics in 1947 and 1948, respectively. He also earned a doctorate in economics from Harvard in 1949.

Maisel joined the Haas School of Business at the University of California, Berkeley (UC Berkeley) in 1948. He helped found the Center for Real Estate and Urban Economics and worked at UC Berkeley until 1965, when President Lyndon Johnson appointed him to the Board of Governors.

While on the Board, Maisel was a leader in the field of mortgage policies. He was appointed to a White House task force on federal mortgage policies that drafted proposals to allow the Government National Mortgage Association, also known as Ginnie Mae, to guarantee securities backed by pools of mortgages. The task force also made the Federal National Mortgage Association, known as Fannie Mae, become a government-sponsored enterprise, removed from the constraints of the federal budget. This work helped create a national mortgage market that relied on bond financing rather than on the strength and liquidity of local banks.

In addition to his work on housing finance reform, Maisel chaired several internal committees of the Federal Reserve and pushed for better uses of available economic data and forecasts in the decisionmaking process.

After leaving the Board of Governors, Maisel returned to the Haas School of Business at UC Berkeley and worked there from 1972 to 1986. He also served on the senior research staff of the National Bureau of Economic Research and as a director of its West Coast office from 1972 to 1980. Later, Maisel was chairman of the board directors for Farmers Savings & Loan (1986–88) and president of Sherman J. Maisel & Associates Inc. (1986–2010).

Maisel wrote a number of books including Managing the Dollar (1973), which was an insider’s account of the Federal Reserve. 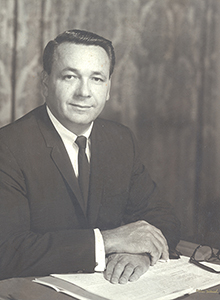