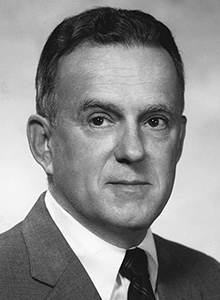 Robert P. Black became the fifth president of the Federal Reserve Bank of Richmond on August 6, 1973. He retired December 31, 1992.

A native of Hickman, Kentucky, Black came to Virginia in 1945 as a student at the University of Virginia. Black was drafted into the U.S. Army in 1946 and served in the infantry. He later returned to the University of Virginia and earned a bachelor’s degree, master’s degree, and doctorate in economics. He completed his dissertation in 1954 while working at the Richmond Fed.1

Black took office as president of the Federal Reserve Bank of Richmond in 1973. A monetarist,3 staunch "inflation hawk," and defender of price stability,4 Black primarily wrote and spoke on monetary policy issues. His noteworthy speeches include "Monetary Policy―The Possible and Impossible," "The Fed's Anti-Inflationary Strategy: Is it Adequate?" and "The Fed's Mandate: Help or Hindrance?" In 1990, Black testified in support of House Joint Resolution 409, which would have required the Federal Reserve to achieve zero inflation within five years of passage.

Written by the Federal Reserve Bank of Richmond as of November 2013 and updated by Ella Needler and Genevieve Podleski as of July 2022. See disclaimer and update policy. 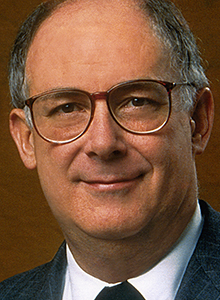