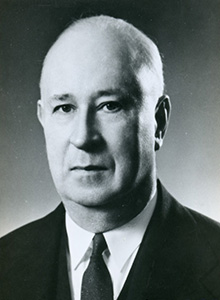 Ray M. Gidney served as the third president of the Federal Reserve Bank of Cleveland from November 1944 to April 1953.

Gidney was born in Santa Barbara, California, in 1887 and graduated from the University of California in 1912 with a bachelor’s degree. He began his banking career as a messenger with the First National Bank of Bakersfield, California, while attending high school at night.

Gidney became part of the Federal Reserve System during its creation in 1914. He was appointed secretary to the Honorable Adolph C. Miller, then a member of the Board of Governors. In 1917, he joined the Federal Reserve Bank of New York, where he served in various positions, including manager of the Buffalo branch. In 1923, Gidney was elected vice president of the Citizen’s Trust Company, also in Buffalo. When this company merged with another, he returned to the New York Fed’s main office. He was vice president of Bank Supervision and Bank Relations at the New York Fed when he was chosen to head the Cleveland Fed in 1944 after his predecessor, Matthew J. Fleming, retired.

During his years in Cleveland, Gidney won the respect of the business community and was a staunch supporter of the city. Very active in the wider community, he twice headed the Cleveland Community Chest (now United Way) drive and helped make the 1952 campaign the most successful up to that time. He was also a member of the City Club, the Cleveland Council on World Affairs, and the Union Club, among other civic groups. Gidney was the chairman of a committee of 200 in Cleveland as part of the nation’s 1951 commemoration of the 175th anniversary of the signing of the Declaration of Independence.

In 1953, Secretary of the Treasury George M. Humphrey asked Gidney to become US comptroller of the currency in Washington, DC, under President Dwight Eisenhower. He received the Treasury Department’s prestigious Alexander Hamilton Award in 1961. Gidney resigned from the comptroller’s position in the same year, two years before his term was to end, due to disagreements with the Kennedy Administration concerning his approval of bank mergers and possible violations of antitrust laws.

After resigning as comptroller, Gidney served as chairman of Florida National Bank in Jacksonville until his retirement at age eighty-eight.

Gidney and his wife, Jean, had three sons. He died in Mandarin, Florida, in 1978 at age ninety-one. 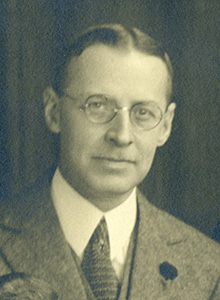 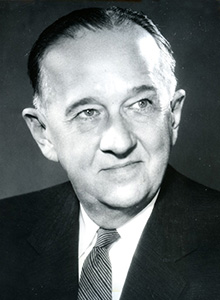