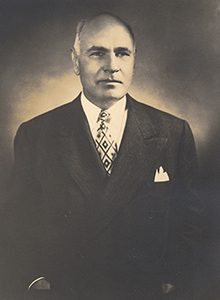 Lawrence Clayton became a member of the Board of Governors of the Federal Reserve System on February 14, 1947. He died unexpectedly in 1949.

After devoting two years to military service, Clayton returned to Utah and entered the banking and finance industry. He first worked for Clayton Investment Company of Utah as a manager and vice president. Clayton’s next position was with First National Bank of Ogden, Utah, where he was eventually promoted to vice president. He left First National Bank of Ogden in 1934 to serve as an assistant to his longtime friend, Federal Reserve Chairman Marriner Eccles.

Clayton held that role at the Board of Governors until 1945, when he left to become president of Clayton Securities Corporation of Boston. During that time, he was also a director of the General Latex Chemical Corporation.

As a governor, Clayton frequently represented the Board of Governors before Congress, trade associations, and other groups. Although he served as a governor of the Board for less than three years, Clayton worked closely with Chairman Eccles throughout his years of Board service to bring about many changes to monetary policy, such as the Banking Act of 1935. 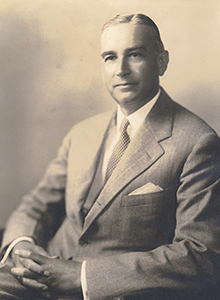