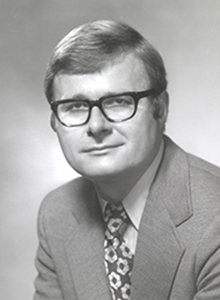 Jeffrey Bucher joined the Board of Governors of the Federal Reserve System on June 5, 1972. He served until his resignation on January 2, 1976. When Bucher was appointed to the Board at age 39, he was the youngest appointee in its fifty-eight-year history.

Bucher was born in 1933 in Los Angeles. He graduated with a bachelor’s degree from Occidental College in 1954. He received his law degree from Stanford University School of Law in 1957.

From 1957 to 1972, Bucher worked for the 1st Interstate Bank of California. He served as its senior vice president from 1969 until his appointment to the Board of Governors.

While on the Board, Bucher oversaw the resolution of the Franklin National Bank failure in 1974. At the time, the failure was the largest in US history. The bank was defrauded by Michele Sindona, a renowned Mafia-banker who had purchased a controlling interest in Franklin National. The bank borrowed more than $1 billion from the Federal Reserve, but was declared insolvent due to mismanagement and fraud.

After leaving the Board of Governors, Bucher held a variety of roles in the private and public sectors. These included serving on the board of directors for Dai-Ichi Kangyo Bank of California; as a trustee of Mortgage and Realty Trust, Philadelphia; and as a member of the Federal Deposit Insurance Corporation Advisory Committee on State & Federal Regulation of Commercial Banks. From 1978 to 1980, he served as a director of Manufacturers Bank in Los Angeles. Bucher served as a chairman of First Interstate Bank of Washington from 1983 to 1987. He also was a member of the board of directors of Mizuho Corporate Bank of California. From 1990 to 1993 he was a partner at Pepper, Hamilton & Scheetz and was of counsel to Bryan Cave LLP from 1993 to 1997. From 1999 to 2000, he was a partner at Lillick & Charles LLP (Nixon Peabody). From 2001 to 2009, Bucher was a member of the board of directors of MCG Capital Corporation, serving as chairman from 2007 to 2009. He had also been of counsel at Kozusko Lahey Harris LLP since 2001.

Bucher was involved with academia as well. He served as an adjunct professor of banking law at George Mason University School of Law; a lecturer at the American Institute for Political and Economic Studies at Charles University (Prague); and a lecturer at the Bank Administration Institute. He also served on the advisory board of the Fund for American Studies at Georgetown University, and was a member of the board of visitors of the Stanford Law School. 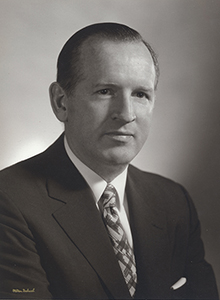