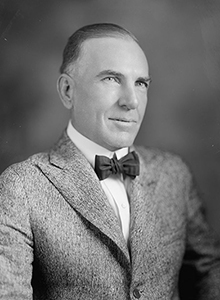 James F.T. O’Connor served as comptroller of the currency from May 11, 1933, until April 16, 1938. Under the provisions of the original Federal Reserve Act, the comptroller of the currency was an ex-officio member of the Federal Reserve Board. However, ex-officio membership ended on February 1, 1936, as a result of the Banking Act of 1935, which changed the makeup of the Board.

In 1916, O’Connor was elected to the North Dakota legislature. He was reelected in 1918 without opposition. From 1918 to 1924, O’Connor actively served as a special lecturer on the topics of evidence and pleading in the law department at the University of North Dakota.

In May 1933, O’Connor was appointed comptroller of the currency, assuming the role after having twice previously declined President Franklin Roosevelt’s nomination to the post. In his role, O’Connor helped to organize the Federal Deposit Insurance Corporation (FDIC), which was established under the Banking Act of 1933. As comptroller of the currency, he served as one of the FDIC’s three directors until January 1938. O’Connor was credited with establishing the organizational plans that made it possible to successfully examine state banks before the FDIC was fully operational.

In 1940, O’Connor was named to the bench of the US District Court for the Southern District of California. He was conferred honorary law degrees by several universities, including the University of North Dakota in 1934, Southern Methodist University in 1935, John Marshall College in 1937, and College of the Pacific and University of the West in 1938. 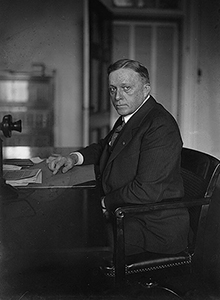 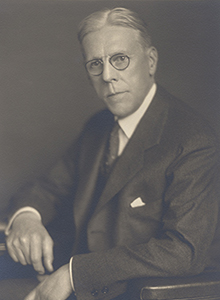