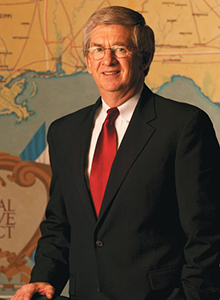 George C. (Jack) Guynn became the thirteenth president and chief executive officer of the Federal Reserve Bank of Atlanta on January 1, 1996. He retired on October 1, 2006.

Jack Guynn was born in Staunton, Virginia. He earned his bachelor’s degree in industrial engineering at Virginia Tech in 1964. He completed a master’s degree in industrial management at Georgia Tech in 1970 and the Harvard Business School’s Program for Management Development in 1974. Guynn joined the Atlanta Fed in 1964 and held a variety of positions throughout the forty-two years he spent at the Federal Reserve. He worked in payment operations, bank supervision, lending, human resources and other support functions throughout the Sixth Federal Reserve District in New Orleans, Miami and Atlanta. In 1984, Guynn was named first vice president and chief operating officer of the Atlanta Fed, a position he held for twelve years.

Guynn succeeded Robert P. Forrestal as president in 1996. Guynn was responsible for all the Bank’s activities, including monetary policy, bank supervision and regulation, and payment services. He also chaired the Bank’s Management Committee and served on the Federal Open Market Committee.

Over his long career, Guynn was involved in automating every aspect of the operations of the Bank, diversifying the workforce and management, making fundamental changes in payments and dealing with banking crises in the Southeast. In addition, he was instrumental in opening the Miami Branch in 1971 and the new Atlanta headquarters building in 2001. The speech "Reflections on Four Decades in Central Banking," notes the revolutionary changes Guynn witnessed over his Fed career.

While Guynn was Atlanta Fed president, the US economy was relatively prosperous and stable. However, there were also several economic shocks, including the Asian financial crisis in 1997, the collapse of Long Term Capital Management in 1998 and the dot.com crash in 2000.

Guynn was involved in numerous industry, community and professional groups while at the Federal Reserve and after retirement. Guynn is the chair of the board of trustees at Oglethorpe University. He serves on the board of the Tull Foundation, the Georgia Tech Foundation, the Midtown Atlanta Improvement District and the Atlanta Area Council of the Boy Scouts of America. He is also a member of the Atlanta Rotary Club and the Carter Center’s Board of Councilors. He served as chairman of the United Way of Metropolitan Atlanta as well as its 2004 community campaign.

He serves on the boards of directors of three public companies: Genuine Parts Co., Oxford Industries Inc. and Acuity Brands Lighting Inc. He is also a director of John Wieland Homes and Neighborhoods, a member of ING Americas Advisory Board, and a trustee of SunTrust Bank’s RidgeWorth mutual funds and GenSpring Growth Capital.

He is married to Joanne Guynn. He has three adult children and eight grandchildren. 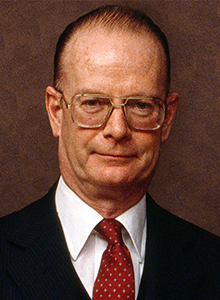 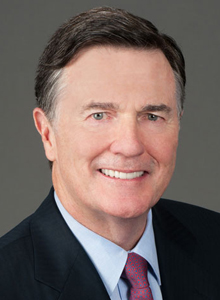