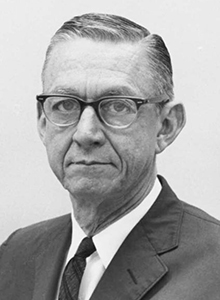 Harold T. Patterson was the ninth president and chief executive officer of the Federal Reserve Bank of Atlanta, serving from October 1, 1965, until his retirement on January 31, 1968.

Patterson was a member of the Georgia Bar Association and began practicing law with the firm of Dorsey, Shelton & Dorsey in Atlanta. In 1934, he became a trust officer with the First National Bank of Atlanta, where he served for six years. He then rejoined his former law firm.

During World War II, Patterson volunteered for military service and was made a captain in the Army. He served with the Eighth Army and achieved the rank of colonel by the time he was discharged. For his military service in the Pacific, including campaigns in the Philippines and New Guinea, Patterson was awarded the Bronze Star and the Legion of Merit.

Patterson was active in numerous civic and community endeavors before, during, and after his presidency. He was a member of the Fulton County Planning Commission. He also served as director of the Central Atlanta Improvement Association, Child Service Association, Metropolitan Atlanta Community Services, Child Welfare League of Atlanta, and Atlanta branch of the English Speaking Union. Patterson was fond of the arts, and was president of the sponsors of the High Museum of Art and a director of the Atlanta Arts Alliance. He was also a member of the Atlanta Chamber of Commerce, Georgia and Atlanta Bar Associations, and the Lawyers Club of Atlanta.

Patterson passed away in 1971. He was married to the former Pamela Johnston. They had two daughters, two sons, and three grandchildren. 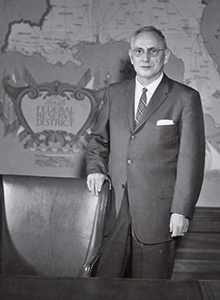 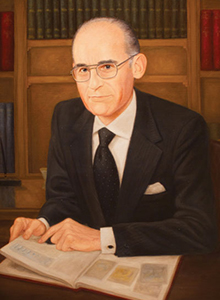