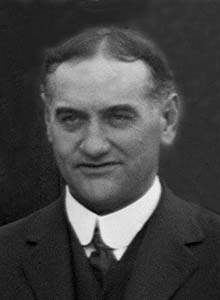 Charles M. Sawyer served as the first leader of the Federal Reserve Bank of Kansas City from November 1914 to January 1916. Although he was the first to hold the position that would later become president—at the time of the Bank’s founding the title was “governor”—his tenure in that office is the briefest in the Bank’s history because of confusion about the job’s responsibilities.

Sawyer was one of eight children born to Lewis and Salanda Sawyer on a farm near Streator, Illinois, in 1866. At the urging of a brother-in-law, Sawyer moved to the northwestern Kansas town of Norton in 1887 and, at age twenty-one, became cashier at the First National Bank of Norton—the first steps in a banking career.

After leaving his cashier job to work as a national bank examiner, Sawyer returned to First National Bank of Norton as its president. With broad connections to banks in northwest Kansas, Sawyer was named president of the Kansas Bankers Association in 1898. Kansas Gov. George H. Hodges appointed Sawyer as Kansas banking commissioner in 1913. In October 1914, the Board of Directors of the Kansas City Fed selected him to serve as governor.

Today, little is known about Sawyer’s tenure, other than it soon became apparent that Sawyer’s skills were perhaps better suited for serving as chairman of the Bank’s board of directors while the first chairman, Jo Zach Miller Jr., seemed to have the skills more suited for the governor’s job. In January 1916, steps were taken to have the two men switch roles. Sawyer served as chairman until December 1917. Very little is known of Sawyer’s life following his time at the Kansas City Fed. When his official portrait was unveiled at the Kansas City Fed in 1922, Sawyer did not attend.

Sawyer eventually moved to Hollywood, California, where he died in 1950, at the age of eighty-four. 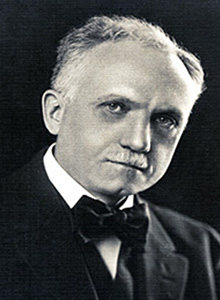