The expansion of mortgages to high-risk borrowers, coupled with rising house prices, contributed to a period of turmoil in financial markets that lasted from 2007 to 2010. 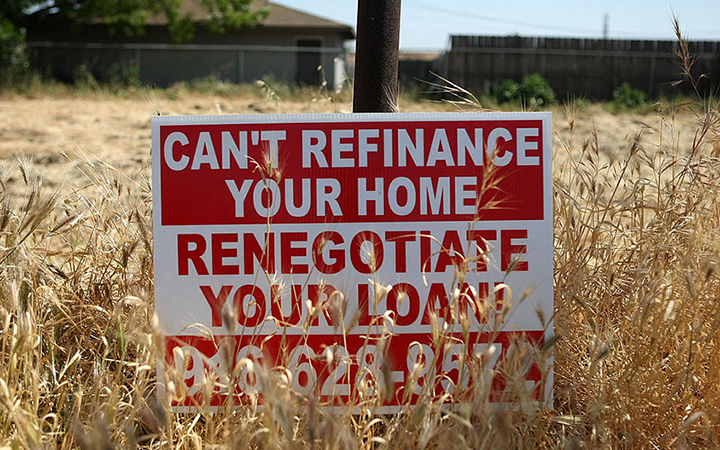 How and Why the Crisis Occurred

The subprime mortgage crisis of 2007–10 stemmed from an earlier expansion of mortgage credit, including to borrowers who previously would have had difficulty getting mortgages, which both contributed to and was facilitated by rapidly rising home prices. Historically, potential homebuyers found it difficult to obtain mortgages if they had below average credit histories, provided small down payments or sought high-payment loans. Unless protected by government insurance, lenders often denied such mortgage requests. While some high-risk families could obtain small-sized mortgages backed by the Federal Housing Administration (FHA), others, facing limited credit options, rented. In that era, homeownership fluctuated around 65 percent, mortgage foreclosure rates were low, and home construction and house prices mainly reflected swings in mortgage interest rates and income.

In the early and mid-2000s, high-risk mortgages became available from lenders who funded mortgages by repackaging them into pools that were sold to investors. New financial products were used to apportion these risks, with private-label mortgage-backed securities (PMBS) providing most of the funding of subprime mortgages. The less vulnerable of these securities were viewed as having low risk either because they were insured with new financial instruments or because other securities would first absorb any losses on the underlying mortgages (DiMartino and Duca 2007). This enabled more first-time homebuyers to obtain mortgages (Duca, Muellbauer, and Murphy 2011), and homeownership rose.

The resulting demand bid up house prices, more so in areas where housing was in tight supply. This induced expectations of still more house price gains, further increasing housing demand and prices (Case, Shiller, and Thompson 2012). Investors purchasing PMBS profited at first because rising house prices protected them from losses. When high-risk mortgage borrowers could not make loan payments, they either sold their homes at a gain and paid off their mortgages, or borrowed more against higher market prices. Because such periods of rising home prices and expanded mortgage availability were relatively unprecedented, and new mortgage products’ longer-run sustainability was untested, the riskiness of PMBS may not have been well-understood. On a practical level, risk was “off the radar screen” because many gauges of mortgage loan quality available at the time were based on prime, rather than new, mortgage products.

When house prices peaked, mortgage refinancing and selling homes became less viable means of settling mortgage debt and mortgage loss rates began rising for lenders and investors. In April 2007, New Century Financial Corp., a leading subprime mortgage lender, filed for bankruptcy. Shortly thereafter, large numbers of PMBS and PMBS-backed securities were downgraded to high risk, and several subprime lenders closed. Because the bond funding of subprime mortgages collapsed, lenders stopped making subprime and other nonprime risky mortgages. This lowered the demand for housing, leading to sliding house prices that fueled expectations of still more declines, further reducing the demand for homes. Prices fell so much that it became hard for troubled borrowers to sell their homes to fully pay off their mortgages, even if they had provided a sizable down payment.

As a result, two government-sponsored enterprises, Fannie Mae and Freddie Mac, suffered large losses and were seized by the federal government in the summer of 2008. Earlier, in order to meet federally mandated goals to increase homeownership, Fannie Mae and Freddie Mac had issued debt to fund purchases of subprime mortgage-backed securities, which later fell in value. In addition, the two government enterprises suffered losses on failing prime mortgages, which they had earlier bought, insured, and then bundled into prime mortgage-backed securities that were sold to investors.

In response to these developments, lenders subsequently made qualifying even more difficult for high-risk and even relatively low-risk mortgage applicants, depressing housing demand further. As foreclosures increased, repossessions multiplied, boosting the number of homes being sold into a weakened housing market. This was compounded by attempts by delinquent borrowers to try to sell their homes to avoid foreclosure, sometimes in “short sales,” in which lenders accept limited losses if homes were sold for less than the mortgage owed.

In these ways, the collapse of subprime lending fueled a downward spiral in house prices that unwound much of the increases seen in the subprime boom.

The housing crisis provided a major impetus for the recession of 2007-09 by hurting the overall economy in four major ways. It lowered construction, reduced wealth and thereby consumer spending, decreased the ability of financial firms to lend, and reduced the ability of firms to raise funds from securities markets (Duca and Muellbauer 2013).

Steps to Alleviate the Crisis

The government took several steps intended to lessen the damage. One set of actions was aimed at encouraging lenders to rework payments and other terms on troubled mortgages or to refinance “underwater” mortgages (loans exceeding the market value of homes) rather than aggressively seek foreclosure. This reduced repossessions whose subsequent sale could further depress house prices. Congress also passed temporary tax credits for homebuyers that increased housing demand and eased the fall of house prices in 2009 and 2010. To buttress the funding of mortgages, the Congress greatly increased the maximum size of mortgages that FHA would insure. Because FHA loans allow for low down payments, the agency’s share of newly issued mortgages jumped from under 10 percent to over 40 percent.

Bernanke, Ben S., “A Century of U.S. Central Banking: Goals, Frameworks, Accountability,” Speech given at "The First 100 Years of the Federal Reserve: The Policy Record, Lessons Learned, and Prospects for the Future," a conference sponsored by the National Bureau of Economic Research, Cambridge, MA, July 10, 2013.

Board of Governors of the Federal Reserve Board. “Federal Financial Regulatory Agencies Issue Final Statement on Subprime Mortgage Lending.” June 29, 2007.