With this 1956 legislation, Congress gave the Federal Reserve much more oversight of the banking industry. 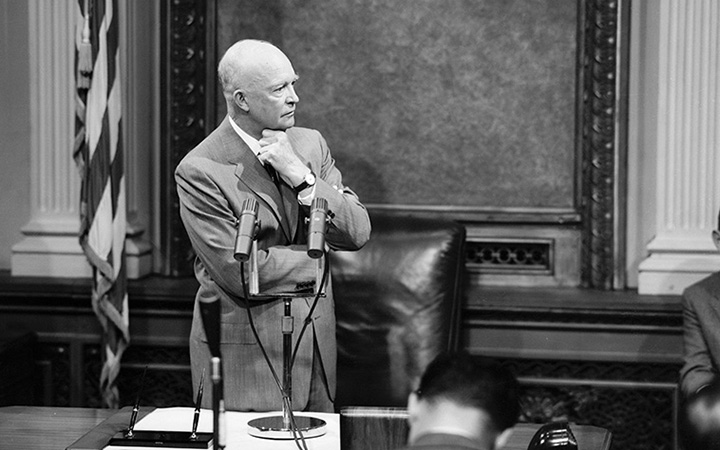 The banking landscape in the United States has always been heavily influenced by regulations. Banks adapt to regulations and at times find ways to avoid those that they find undesirable, until new legislation is eventually passed to fill the gaps (Kane 1977). By the mid-1950s, bank holding companies had developed to avoid the numerous restrictions on bank branching—the operation by a bank of multiple offices. In 1956, Congress responded by giving the Federal Reserve much more oversight of the banking industry.

The Need for Action

There had long been resistance to bank branching in the United States. One major reason for the taboo was the view that branching allowed large banks from big cities to compete against state banks in small towns and against national banks (which originally were only allowed to operate a single branch). Another reason was a long-held concern that large banks would concentrate financial power. Despite these concerns, multiple-unit banking had existed around the United States as early as the 1830s (Fischer 1986).

Branching by state banks was limited by state laws that prevented out-of-state banks from operating within their state as well as, in some states, limited branching within a state. Branching by national banks was initially constrained by administrative actions that generally limited national banks to one branch. This constraint was later liberalized by the McFadden Act of 1927, which allowed national banks to operate branches in their states in accordance with state branching laws, but prevented them from opening branches in more than one state.

Banks avoided some of these branching restrictions by forming chain or group banks. A chain bank is a collection of banks owned by an individual or a group of individuals. A group bank, which is the historical term used for a bank holding company, is a collection of banks owned by a holding company or a trust (Savage 1978). A bank holding company could operate branches in multiple states. These branches could be considered independent banks and therefore in compliance with the law.

Bank holding companies had another advantage—they could own nonbank firms, such as manufacturing, transportation, or retail businesses, in addition to banks. This led to concerns that holding companies could use deposits in their bank subsidiaries to make loans to their other businesses, giving them an unfair advantage, or that they could use their influence in making loans to coax borrowers into patronizing their other businesses (Willit 1930). This was another issue regulators wanted to address.

The Federal Reserve Board had observed these changes for some time and requested congressional action. However, legislation was slow to materialize, and it took several years to pass a law. The Bank Holding Company Act was signed into law on May 9, 1956.

The first thing the law did was make clear what a bank holding company was. These entities had long existed; the Glass-Steagall Act acknowledged bank holding companies and provided for their regulation, but the Board’s power to limit branching was easily circumvented by treating branches as independent entities of which the larger holding company owned shares.

The 1956 act redefined a bank holding company as any company that held a stake in 25 percent or more of the shares of two or more banks. Stake holding included outright ownership as well as control of or the ability to vote on shares. For the purposes of the law, a bank was defined as any institution that takes deposits and makes loans.

As we will see, this definition of a bank and the limitation of holding company status to firms that owned more than one bank created important loopholes that had to be fixed later. But with bank holding companies defined, regulation could have some teeth.

The main thrust of the act was that it gave the Federal Reserve broader regulatory powers over bank holding companies. They now had to register with the Board and submit to supervision. Most importantly, any bank holding company wishing to expand had to apply to the Board to do so. The Fed thereby had veto power on the expansion of interstate branching.

The reality was more complex. In deciding to allow or deny applications for expansion, the Board was required to get opinions from the Office of the Comptroller of the Currency and state banking regulators. Further, opinions were divided on the Board as to what the purpose of enforcing the law should be. The law itself did not prohibit the expansion of bank holding companies, but said that the Board must consider whether the expansion was in the interests of the community and of sound banking.

That consideration implied a tradeoff. An expansion of a bank could promote greater competition and make available services that were not previously available in a given community. However, if bank holding companies got too large, they could pose a risk to the stability of the banking system. It is natural that weighing these tradeoffs would cause conflicts.

The law had another major provision: It required all bank holding companies to divest themselves of ownership in any firms that were involved in nonbank activities, i.e. commercial and industrial businesses. However, this created complications as well.

These two oversights would require later legislation. Congress closed the single-bank holding company loophole in 1970 with an amendment that authorized the Board to regulate them. The issue of nonbank banks was more difficult to deal with, but it was eventually addressed in the Competitive Equality Banking Act of 1987.