W. Lee Hoskins, the eighth president and chief executive officer of the Federal Reserve Bank of Cleveland, served from October 1987 to November 1991.

Hoskins received his bachelor’s, master’s, and doctoral degrees in economics from the University of California at Los Angeles.  He was a first lieutenant in the US Army Intelligence Corps from 1964 to 1966, stationed in Stuttgart, West Germany.

Hoskins was chief economist and senior vice president for economics and corporate affairs of PNC Financial Corp. in Pittsburgh from 1980 until 1987 when he joined the Cleveland Fed. From 1969 to 1971, he was an economist at the Federal Reserve Bank of Philadelphia, where he later became research officer in 1972, vice president in 1973, and director of research in 1975.

During his term as president of the Cleveland Fed, Hoskins gained national attention, in part for his outspoken views on price stability, inflation, and deposit-insurance reform.  At the time, he was one of the most vocal and effective advocates of zero inflation among the Federal Reserve System’s regional bank presidents.  He believed that better policies emerge from open and frank discussions, and that improved communications from the Federal Reserve would allow markets to work better. Hoskins advocated for efficient management of the Federal Reserve System to remain a competitive player in the marketplace where it provides services to banks. This benefits taxpayers and the banks served by the Federal Reserve.

Hoskins resigned as president of the Cleveland Fed in 1991 to become president and chief executive of Huntington National Bank in Columbus. Since 1997, he has been a senior fellow at the Pacific Research Institute. He resides in Reno, Nevada.

Hoskins is a past president of the National Association of Business Economists and has been a visiting faculty member at the Wharton School, the Stonier Graduate School of Banking, and the Graduate School of Banking at the University of Wisconsin at Madison, where he taught economic principles, banking, industrial organization, and monetary economics. He is also an emeritus life trustee on Carnegie Mellon University’s 2012‒13 Board of Trustees. 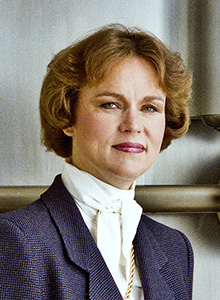 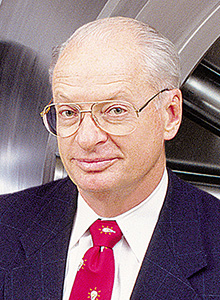