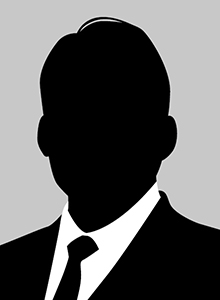 Paul E. Miller was appointed to the Board of Governors of the Federal Reserve System on August 13, 1954. He died in office less than three months later, on October 21, 1954.

Miller was born in Cedar Rapids, Iowa, in 1888. He received his bachelor’s degree from Iowa State College in 1911 and a master’s degree in 1921. The same year Miller was awarded his bachelor’s degree, he began teaching agronomy at the University of Minnesota. In 1917, he was promoted from instructor to professor. He was named director of the university’s Agricultural Extension Service in 1938.

While he was teaching, Miller was also active in government. The US Department of Agriculture made him a collaborator in 1921. In 1934, he was appointed Minnesota drought-relief director.

Miller’s combination of agricultural, banking, and governmental knowledge made him a good candidate for many special positions. For example, from 1946 to 1949 he was a member of the Federal Land Bank of St. Paul. In 1950, Miller served as an agricultural consultant to the Organization for European Economic Cooperation when it surveyed agricultural services in countries affected by the Marshall Plan. That same year, he was appointed to the President’s Commission on Migratory Agricultural Labor. In 1953, Miller joined the board of directors of the Seventh District Farm Credit Administration.

During his lifetime, Miller authored many agricultural extension reports and was a member of a variety of groups and clubs.

He and his wife had three children.