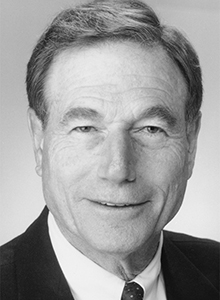 Michael H. Moskow was the eighth president and chief executive officer of the Federal Reserve Bank of Chicago, serving from September 1, 1994, to August 31, 2007.

Moskow began his career teaching economics, labor relations, and management at Temple University, Lafayette College, and Drexel University. From 1969 to 1977, he held a number of senior positions with the US government, including undersecretary of labor at the US Department of Labor, director of the Council on Wage and Price Stability, assistant secretary for policy development and research at the US Department of Housing and Urban Development, and senior staff economist with the Council of Economic Advisers. In 1977, Moskow joined the private sector at Esmark, Inc. in Chicago and later held senior management positions at Northwest Industries, Dart and Kraft, Inc., and Premark International, Inc., a spin-off from Dart and Kraft. In 1991, President George H. W. Bush appointed Moskow as deputy United States trade representative, with the rank of ambassador.

Moskow returned to academia in 1993, joining the faculty of the J.L. Kellogg Graduate School of Management at Northwestern University. In addition to receiving three honorary degrees, he was awarded the Addams Palmer Award for Exemplary Civic Involvement by the Civic Federation of Chicago, the Business Professional of the Year Award by Harold Washington College, the Financial Executive of the Year Award by DePaul University, and a distinguished alumnus award from Lafayette College.

During Moskow’s tenure as president, the Chicago Fed completed preparation of its internal systems to help protect the US financial system from the “Y2K” threat to automated processes in 1999. In 2004, Check 21, the Check Clearing for 21st Century Act, became law. The law facilitated check truncation by creating a new negotiable instrument called a substitute check, which permitted banks to truncate original checks, to process check information electronically, and to deliver substitute checks to banks that wanted to continue receiving paper checks.

After leaving the Chicago Fed, Moskow became vice chairman and senior fellow for the global economy at the Chicago Council on Global Affairs and served on nonprofit and corporate boards of directors. 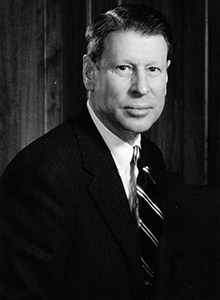 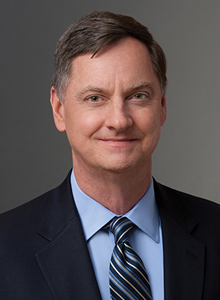