Warsh was born in Albany, New York. He studied public policy, with an emphasis on economics and statistics at Stanford University, where he received a bachelor’s degree with honors in 1992. Warsh went on to Harvard Law School where he focused his studies on the intersection between law, economics, and regulatory policy and received a law degree in 1995. He also completed coursework in market economics and debt capital markets at Harvard Business School and the Massachusetts Institute of Technology’s Sloan School of Management.

In 1995, Warsh accepted a position with the mergers and acquisitions department at Morgan Stanley & Co. in New York. In this position, he served as a financial adviser to several companies across a range of industries, including manufacturing, basic material, professional services, and technology. In addition, he helped structure capital markets transactions and facilitated fixed income and equity financing.

In February 2002, Warsh left his vice president and executive director post at Morgan Stanley & Co. to join the administration for President George W. Bush. He served as special assistant to the president for economic policy and as executive secretary at the National Economic Council. Warsh advised the president and senior administration officials on issues related to the US economy, particularly in the area of fund flows in the capital markets, securities, banking, and insurance issues. During that time, he was also a member of the President’s Working Group on Financial Markets.

President Bush nominated Warsh to serve on the Board of Governors in 2006. During his term, Warsh served as the Board’s representative to the Group of Twenty (G-20) as well as emissary to the emerging and advanced economies in Asia. In addition, Warsh carried out the duties of the administrative governor, managing and overseeing the Board’s operations, personnel, and financial performance. During his time at the Board, Warsh delivered several noteworthy speeches, many regarding the great recession of 2007–09, including  "The End of History?," "The Federal Funds Rate in Extraordinary Times," and "Rejecting the Requiem."

Warsh serves as a distinguished visiting fellow at Stanford University’s Hoover Institution and as a lecturer at its Graduate School of Business. In addition, he advises several companies including serving on the board of directors of United Parcel Service. 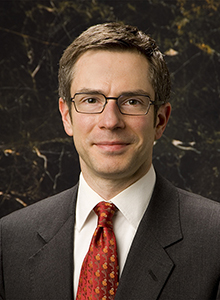