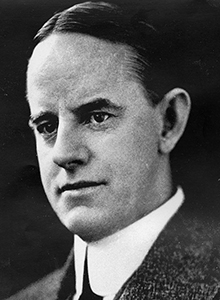 George J. Seay, the chief architect of Richmond’s successful bid to land a regional Reserve Bank, also served as the first chief executive officer of the Federal Reserve Bank of Richmond from October 1914 to March 1936.

Seay was born in Petersburg, Virginia, in 1862. He attended city public schools but received no formal college training. Seay began his banking career at age seventeen as a runner at the Petersburg Savings and Insurance Company. He worked there for twenty-four years, the last nine as cashier. In 1902, he was elected president of the Virginia Bankers Association. He resigned from the savings and insurance company in 1903 to become a partner in the Richmond banking house of Scott and Stringfellow. He stayed there until 1909, when he left to devote himself to independent study of banking reform and railroad finance, subjects of particular interest to him.

The banking reform movement of the early twentieth century was of particular interest to him and he closely followed the various reform proposals. Seay published a pamphlet on the Fowler and Aldrich bills and tracked the debate about the Federal Reserve Act. Five days after President Wilson signed the act into law, Seay was retained by the Committee on Locating a Federal Reserve Bank in Richmond to put together the city’s petition to the Reserve Bank Organization Committee.

Seay worked tirelessly on the effort to bring a bank to Richmond. The city’s petition and its supporting brief to the Reserve Bank Organization Committee, charged with picking the sites for the new banks, were largely his work. He made the principal oral presentation before the committee in January 1914. The announcement on April 2, 1914, forty-nine years to the day that Southern soldiers fled the Confederate capital in the closing days of the Civil War, that Richmond would become the headquarters for the Fifth Federal Reserve District was a personal triumph. Seay was initially elected a member of the Richmond Fed’s first board of directors, which in October 1914 voted him as the Bank’s first governor.

Seay’s twenty-two-year tenure spanned the Federal Reserve’s formative years. As governor, he participated during World War I in the conference that developed the Liberty Loan program. Seay was active in the Conference of Governors, which became the dominant forum in the System in the 1920s. He served as chairman of the committee on discount rate policy and also chaired a special advisory committee to the Federal Reserve Board on legislation.

Like most of his colleagues, Seay had an aversion to the term “central bank.” He was a defender of regionalism and favored a high degree of autonomy for the Reserve Banks. Seay believed that Reserve Banks were the best judges of credit conditions in their respective regions and deserved broad latitude in setting discount rates. However, he felt that autonomy applied to the relationship between the Reserve Board and the Banks, and didn’t preclude close cooperation among the Banks.

The Richmond Fed expanded during Seay’s tenure, establishing branches in Baltimore in 1918 and Charlotte in 1927. When Seay retired in 1936, nearly 700 employees worked for the Bank’s three offices.

He and his wife, Effie, lived in Richmond. After his retirement, they spent most of their time traveling around the world. Seay died in 1952. 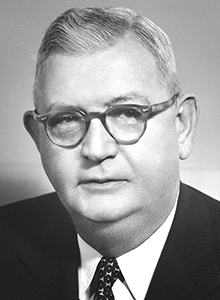