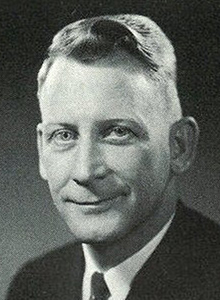 George H. Ellis was the ninth president at the Federal Reserve Bank of Boston, serving from March 1961 to June 1968.

Ellis was born in Orono, Maine, in 1920. After graduating from the University of Maine in 1941 at the top of his class, he served as a major in the infantry during World War II, spending the years 1941 to 1945 in the Pacific. After the war, he continued his education earning a master’s degree in 1948 and a PhD in economics from Harvard University in 1950.

In 1949, Ellis was appointed by the President's Council of Economic Advisers to be a member of the Committee on the New England Economy and was also a member of the faculty of the University of Maine. He held both positions until 1951.

A one-year sabbatical brought Ellis to the Boston Fed in 1952 as an industrial economist. He was appointed the director of research in 1953 and became a vice president in 1957. Under his leadership, the Research Department grew from six employees to twenty and began playing a more active role in matters facing the New England economy.

Ellis was named president of the Boston Fed in 1961, becoming the first formally trained economist to serve in that capacity. During his tenure he also served as director of research for the Committee of New England and was the co-editor of its study, The Economic State of New England.

In 1968, Ellis resigned to become president and chief executive officer of Keystone Funds, Boston and later chairman of the board of the Maine Power Company, retiring in 1990. He held active leadership positions in the United Church of Christ, including chairman of the Pension Board, and was a long-time member of the Wellesley Congregational (Village) Church.

In the civic arena, Ellis was a trustee of the Economic Education Council of Massachusetts, chairman of the New England Economic Research Foundation, and a board member of Greater Boston Community Development Organization.

Ellis died in 2005 in Wellesley, Massachusetts. He was married to Sylvia Poor and had four children. 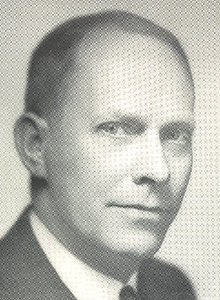