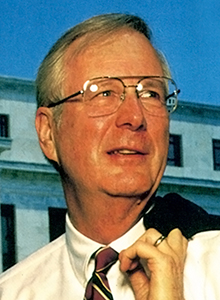 Edward W. Kelley Jr. was sworn in as a member of the Board of Governors on May 26, 1987, to fill an unexpired term. He was reappointed and sworn in for a second term on April 20, 1990.  He retired from the position after fourteen years of service, on December 31, 2001.

Kelley was born in Eugene, Oregon, in 1932.  In 1937, his family moved to Houston, where his father established the Kelley Manufacturing Company. He earned a bachelor’s degree in history from Rice University in 1954 and went on to receive a master’s degree in business administration from Harvard Business School in 1959.

Upon graduation, Kelley returned to Houston to assume the presidency of his father’s company, which he expanded and transformed into a holding company with subsidiaries in manufacturing, distribution, and business services. From 1977 to 1980, Kelley served as a term member on Rice University’s governing body and as a trustee from 1980 to 1987. In 1981, Kelley sold his company and became chairman of Investment Advisors, Inc.

In 1987, President Ronald Reagan nominated Kelley to serve on the Board of Governors. In 1990, he was reappointed for a second term by President George H. W. Bush. During much of his tenure, he served as chairman of the Board’s Committee on Reserve Bank Affairs, and was responsible for overseeing the operations and payments services of the twelve Federal Reserve Banks. During his time at the Board of Governors, Kelley delivered many noteworthy speeches, including "Our Remarkably Resilient Economy,"  "A Businessman Looks at the Fed--Up Close," and "Rethinking Bank Regulation and Supervision."

Kelley served as a founding director of Southern National Bank, Westwood Commerce Bank, and West Belt National Bank. In addition, he served as director at Promontory Interfinancial Network, LLC, and as a trustee at Financial Accounting Foundation Inc. 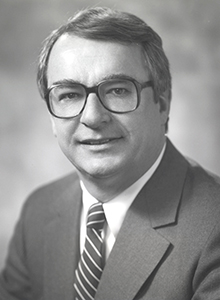