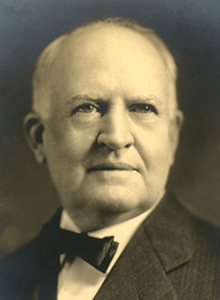 David C. Biggs became the second governor of the Federal Reserve Bank of St. Louis on February 5, 1919. He resigned on December 31, 1928.

When Biggs first moved to St. Louis in 1891, he worked for Merchants National Bank. He eventually was hired at Roberts, Johnson and Rand Shoe Company as credit manager and cashier in 1895. He then became treasurer at the International Shoe Company in 1907, eventually holding the position of director for the company.

After Rolla Wells resigned in December 1918, Biggs became governor in February 1919. During his term as governor, construction of the current Reserve Bank building at Locust Ave. and Fourth St. was approved.

When he retired from the St. Louis Fed, Biggs declared his plans to return to Pike County, where he owned a farm. He died in 1931 at the age of sixty-five. 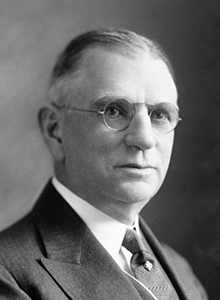 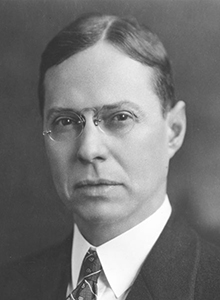