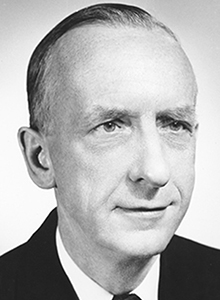 Carl E. Allen was the fourth president of the Federal Reserve Bank of Chicago, serving from October 1, 1956, to December 31, 1961.

Allen was born in Carbondale, Illinois, and resided in Chicago for two years during his childhood. He graduated from Phillips Academy, Andover, Massachusetts, and received a bachelor’s degree from Dartmouth College.

He began his banking career with the National City Bank of New York in 1926. He was elected assistant cashier of that bank in 1931, assistant vice president in 1935, and vice president in 1940. In 1950, he left the banking business to become president of Campbell, Wyant and Cannon Foundry Company in Muskegon, Michigan. The foundry was regarded as the largest independent gray iron foundry in the world. He was director of Dow Chemical Company in 1952. 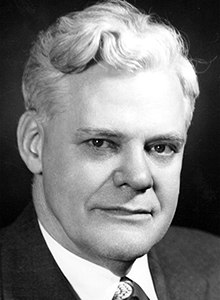 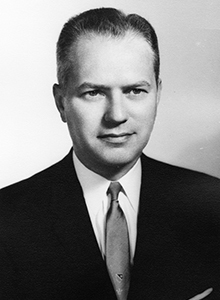