McKinney was born in McKinney, Texas, in 1872. At the age of nine, he worked as a messenger boy for the telephone company. While still young, he and his mother moved to Bonham, Texas, where he attended school six months of the year. During vacations and in his spare time, he worked on the Bonham News as a printer’s devil. He studied law, was admitted to the State Bar of Texas in 1902 and set up practice in Bonham, where he served as city attorney and as county clerk of Fannin County.

McKinney became a banker in Dallas and also headed banks in Oklahoma. He served as cashier vice president of the Durant National Bank in Durant, Oklahoma, one of the original five member banks in the Eleventh Federal Reserve District. When the Dallas Fed opened in November 1914, McKinney was a charter member of the board of directors, serving until he was appointed governor of the Reserve Bank in January 1922.

McKinney left the bank in May 1925, accepting the position of vice president of the American Exchange National Bank of Dallas. He also sat on the Federal Advisory Council from 1926 to 1931, serving as president of the council in 1931.

In his 1925 resignation letter from the Dallas Fed, McKinney wrote, “I shall always maintain a deep interest in the welfare of this bank and of the System, and trust that the directors will call on me freely whenever I can be of service."

The directors did call on McKinney again. In 1931, he became governor of the Dallas Fed for a second time (the title was changed to president in 1935). During this term, in addition to managing the Reserve Bank during the Great Depression and working to maintain the stability of the Eleventh District, McKinney served on the organization committee of the Retirement System of the Federal Reserve Banks.

McKinney was an enthusiastic collector of Texas memorabilia and had accumulated a large private collection of books, maps and documents in the state. He was also a member of the Executive Council of the Texas State Historical Association.

McKinney passed away in 1939, after a brief illness. After his death, a resolution from the Dallas Fed’s board of directors noted that “the State of Texas has given up one of its most loyal and distinguished sons, and the Federal Reserve System has lost one of its outstanding builders and staunchest champions.” 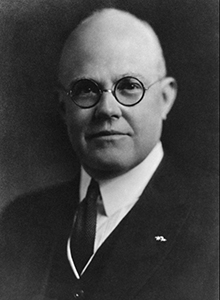 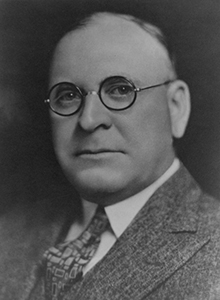 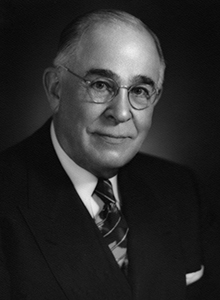