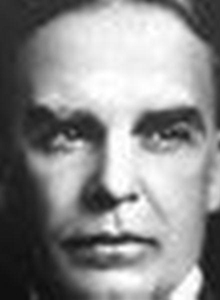 Alfred L. Aiken was the first leader at the Federal Reserve Bank of Boston. He served as governor of the Bank from November 1914 to December 1917.

Aiken was born in 1870 in Norwich, Connecticut. Following his graduation from Yale University in 1891, he joined State Mutual Life Assurance Company as a clerk, leaving after two years to become assistant manager of the New England department of New York Life Insurance Company.

In 1903, Aiken decided to pursue a career in banking, becoming assistant cashier of State National Bank in Boston. He eventually became president of the Worcester County Institution for Savings in 1908 and president of the Worcester National Bank in 1913. He also served as an advisor to Rhode Island Senator Nelson W. Aldrich when Aldrich chaired the National Monetary Commission. Although offered the position of assistant secretary of the Treasury by President Taft in 1909, he declined the appointment.

Aiken’s banking career reached a capstone with his election as governor of the newly created Federal Reserve Bank of Boston. As the Bank’s first leader, Aiken was intimately involved with the initial establishment of discount rate policy. Benjamin Strong, governor of the New York Fed at the time of Aiken’s tenure, commended Aiken for his policy, which enveloped all of the member banks of the Boston Fed in the same system, each bank paying at the same rate to borrow from the Fed.

After three years of service, Aiken resigned from the Boston Fed to become president of National Shawmut Bank, Boston although he continued his involvement with the System as a member of the Federal Advisory Council of the Federal Reserve Board. During World War I, he served as chairman of the Liberty Loan Committee for New England.

In 1924, Aiken returned to his first career interest, rejoining New York Life as a vice president. After four years as president, he became chairman of the board in 1940. Aiken retired in 1942 and died in New York City in 1946 after having spent much of his retirement in Carmel, Calif. He was active in the Episcopal Church and served as vestryman for many years at St. James Church in New York City and was trustee of Clark University, Wellesley College and the Boston Symphony Orchestra.

Aiken married Elizabeth Peck Hopkins in 1896 with whom he had one son, Dr. William Appleton Aiken. Following Elizabeth’s death in 1942, he wed Mrs. Anna Colvin Hopkins. Aiken passed away in 1946 at the age of seventy-six. 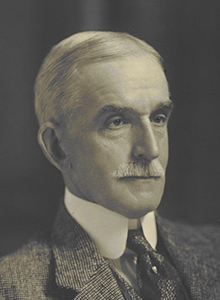