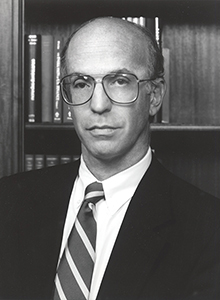 Alan S. Blinder was sworn in as vice chairman of the Board of Governors of the Federal Reserve System on June 27, 1994. He served in that role until January 31, 1996.

Blinder was born in Brooklyn, New York. He received his bachelor’s degree from Princeton University in 1967 and was awarded a master’s degree from the London School of Economics in 1968. In 1971, Blinder earned a doctorate in economics from Massachusetts Institute of Technology.

That same year, Blinder became a professor at Princeton. In 1982, he was named Gordon S. Rentschler Memorial Professor of Economics at Princeton. Between 1988 and 1990, he served as chair of the Princeton Department of Economics. He also founded the school’s Center for Economic Policy Studies.

Blinder has also held a number of public service roles. In 1975, he served as the deputy assistant director of the Congressional Budget Office. He was a research associate at the National Bureau of Economic Research from 1978 to 1993, then again from 1996 to the present. During 1993 and 1994, Blinder was a member of President Bill Clinton’s Council of Economic Advisers, where he worked primarily on issues related to forecasting, budget, international trade, and health care.

Blinder’s career remained active after he resigned from the Board of Governors in 1996. He returned to teaching at Princeton. In 2000 and 2004, he served as an economic adviser to Al Gore and John Kerry, respectively, during their presidential campaigns. In addition, Blinder has regularly written columns for a variety of news outlets, including the Wall Street Journal. He is the author or coauthor of 20 books. His latest, After the Music Stopped: The Financial Crisis, the Response, and the Work Ahead (2013), is an account of how the financial crisis happened.

Blinder and his wife have two sons. 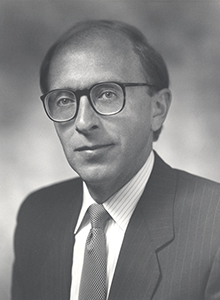