The Federal Reserve Bank of Boston is led by president and CEO Susan M. Collins. The First Federal Reserve District, headquartered in Boston, includes Maine, Massachusetts, New Hampshire, Rhode Island, and Vermont; and all but Fairfield County in Connecticut. 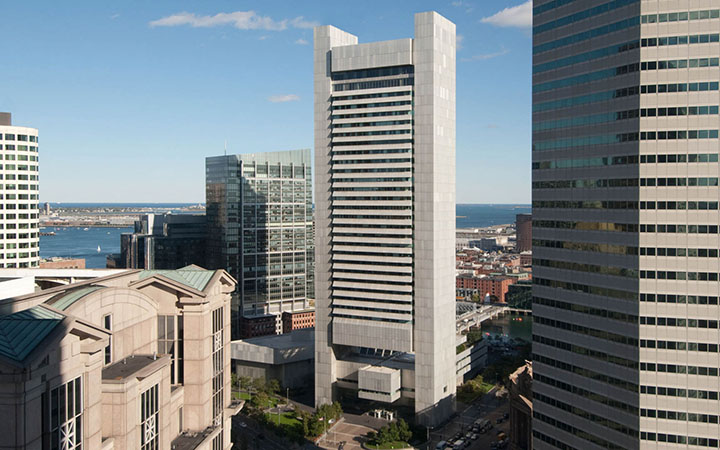 The Federal Reserve Bank of Boston first opened its doors on Nov. 16, 1914, with a staff of just 17 to serve the six states of the Federal Reserve System’s First District. New England was a prime location for a Reserve Bank,1 as it hosted numerous member banks, a relatively dense population, and industry of all types. And the Bank’s 101 Milk St. address in downtown Boston, one of the top cities in the country, put it in the region’s economic center.

Throughout its history, the Boston Fed has been an innovator in faster payments technology. The Bank’s Transit Department used IBM machines as early as 1942 to process checks more efficiently.2 At the start of the FinTech movement in the 1980s, the Boston Fed began experimenting with image technology to decrease the amount of time the Federal Reserve System required to process checks between financial institutions.3 That technology has since evolved to enable check deposits from anywhere via smartphone. And in 2004, the U. S. Treasury chose the Boston Fed to build and maintain the systems and networks for the Treasury’s Internet payments platform initiative, which government agencies use to procure and pay for goods and services.4 The Boston Fed also champions efforts on behalf of the Federal Reserve System to reduce fraud risk and advance the safety and security of the U.S. payment system through its work in collaboration with FedPayments Improvement. Today, the Boston Fed is leading the development of the FedNow5 Service, a nationwide instant payments network, and it’s exploring the feasibility of a Central Bank Digital Currency with its Project Hamilton.6

The Boston Fed has also answered the call during moments of regional and national financial uncertainty. In the hours after the Sept. 11, 2001 terror attacks, the Bank stepped up to serve as one of two backup centers for commercial banks whose electronic funds transfer operations were disrupted. This helped maintain continuity and stability in the banking and financial markets in the hours following the  attacks.7 During the 2008 financial crisis, the Boston Fed helped steady the troubled money market mutual funds sector by operating the Asset-Backed Commercial Paper Money Market Mutual Fund Liquidity Facility. The Boston Fed also organized and co-sponsored a foreclosure-prevention workshop at Gillette Stadium in Foxborough, Mass., in 2008. About one-third of the 2,000 borrowers who attended received a modification in their mortgages to help them try to avoid foreclosure.8 During the COVID-19 pandemic, the Boston Fed operated the Money Market Mutual Fund Liquidity Facility to stabilize distressed money market mutual funds, and it also designed and operated the Main Street Lending Program. This first-of-its-kind initiative aimed to help otherwise healthy small to medium-sized businesses and nonprofits survive the pandemic.9

In the Boston area, the Bank has provided local leaders with essential, data-driven research on the evolving economy while conducting research with national impact. In 1992, the Boston Fed published a groundbreaking statistical study that documented the role that race played in home mortgage approvals in Boston’s neighborhoods. That study led to substantial reforms.10 In 2015, the Boston Fed’s Color of Wealth report detailed the racial wealth gap in Greater Boston.11 The Boston Fed continued to address racial wealth disparities in 2021 by hosting an economic research conference on those disparities and by participating in the Federal Reserve System’s Racism and the Economy series.

The Boston Fed also plays a key community development role in the First District’s towns and municipalities. In 2013, it launched the Working Cities Challenge grant competition to foster local collaboration and improve the economic health and well-being of low-income residents in smaller cities in Massachusetts. The program’s success in Massachusetts, and later in Connecticut and Rhode Island, led it to expand the program to other First District states under the Working Communities Challenge. The Bank also established the Leaders for Equitable Local Economies to help emerging local leaders enhance their communities through economic development projects.12

The Boston Fed now employs over 1,000 at its iconic building at 600 Atlantic Avenue in downtown Boston. The Bank moved to its current location in the 1970s to help spur economic development in the neighborhood, which has experienced continuous growth since and is now a thriving city center. Throughout its history, the Boston Fed has been committed to its mission of promoting sound employment growth and financial stability in New England and the nation. It seeks to achieve this through data-driven research, community development initiatives, and payments innovation that helps create and maintain a robust American economy. The Boston Fed works hard every day to live up to its motto: “Public Service that Makes a Difference.”

Written by the Federal Reserve Bank of Boston as of September 13, 2021 and updated July 1, 2022. See disclaimer and update policy. 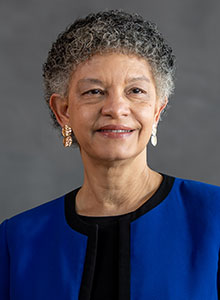